Ausgrid crews faced a challenge in one the most inaccessible parts of the network after an underwater electricity cable failed in Pittwater on Sydney’s northern beaches, cutting power to 170 customers.

“This site was very challenging for our technicians because it was only accessible by boat,” Mr Amphlett Lewis said.

“Thanks to cooperation between multiple teams we were able to locate the damage on a section of cable about 60 metres offshore from Currawong Beach.

“Our network covers all kinds of terrain and this job illustrates the lengths our crews go to every day to help restore power for our customers.”

Ausgrid arranged for two generators to be delivered to The Basin campground to restore power supply to customers until the fault is repaired.

Substation Technician Michael Griffin said the generators had to be brought in via a dirt track.

“Our biggest challenge was the steep access and very tight turns which passed close to the rockfaces in the national park.

“At times it was a bit hair-raising as the truck took up the entire road and there was no guard rail and the edges drop off quite sharply.

“We stayed in close communication with the drivers to ensure there was no damage, including to nearby Aboriginal rock carvings”, he said.

Permanent repairs to the submarine cable are expected to take several weeks.

ABOVE: Ausgrid crews working near the site of the underwater fault. 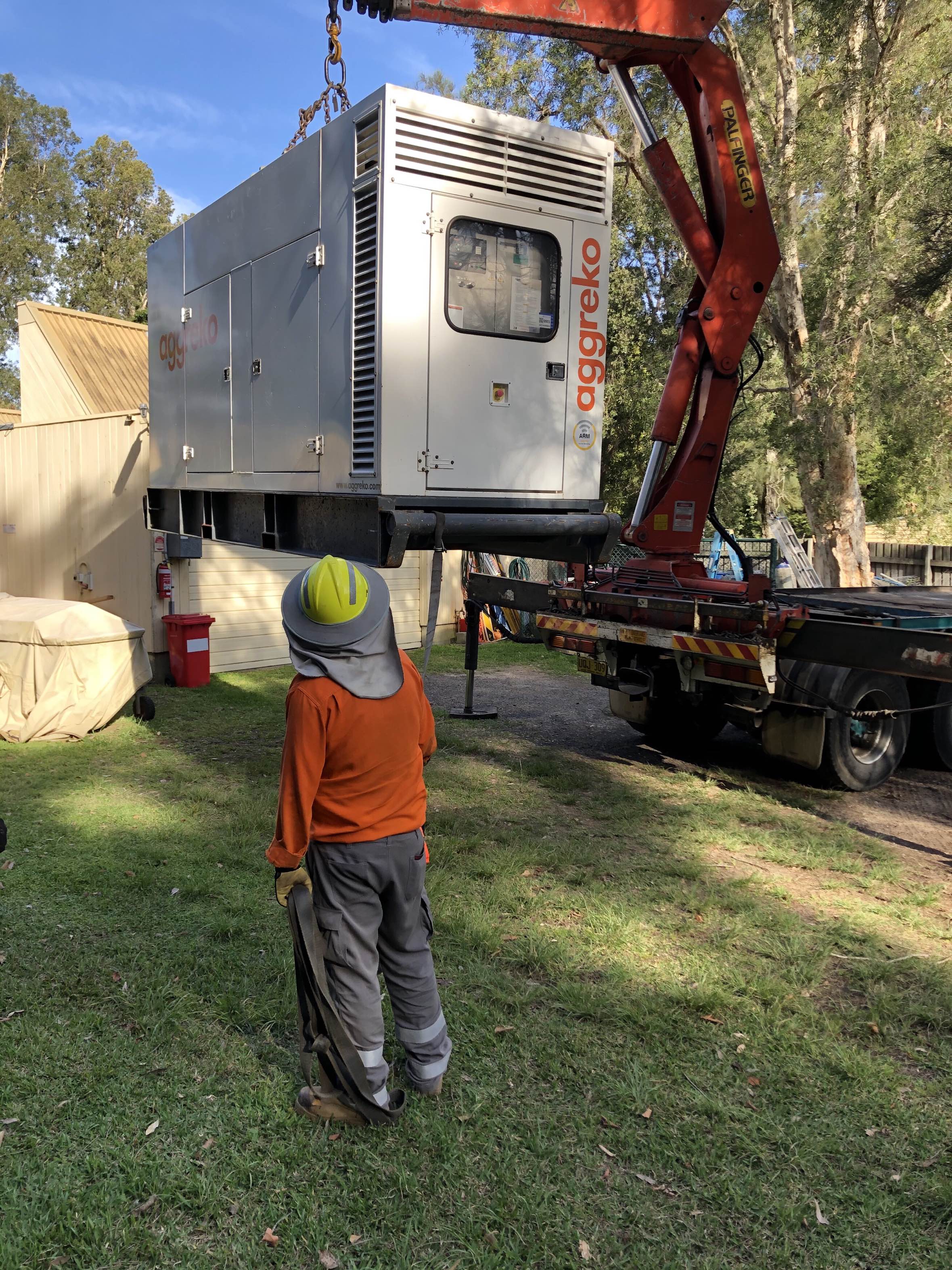 ABOVE: A generator being delivered to The Basin campground.