Our Board assumes overall responsibility for our corporate governance and oversees the performance of the organisation, our management, employees and the interests of our shareholders and stakeholders. 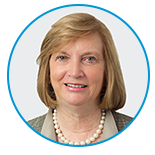 DR HELEN NUGENT
Helen is a professional company director with a strong background in the energy, resources and financial services sectors. She is currently a Non-Executive Director of IAG and Chairman of Australian Rail Track Corporation and the National Disability Insurance Agency.

Helen has had a strong commitment to the arts and education. In the arts, she is Chairman of the National Portrait Gallery of Australia and previously she has been Chairman of the National Opera Review and the Federal Government’s Inquiry into the Major Performing Arts, as well as Deputy Chairman of Opera Australia. In education, she was previously Chancellor of Bond University and President of Cranbrook School and was a member of the four person Bradley Review into tertiary education. In 2004, Helen was made an Officer in the Order of Australia for her services to the arts, business and the community.

A respected senor infrastructure specialist, Jason has regularly been called upon to advise utility companies and manage utility portfolio company investments. He has served as a director of NSW Ports and Queensland Motorways, AustralianSuper’s two largest infrastructure investments.

Before joining AustralianSuper, Jason served as Director and Head of Transactions at Hastings Funds Management, a specialist infrastructure investment manager. He was also Director of Infrastructure at Deutsche Bank’s Investment Banking Division.

Jason holds a Bachelor of Business (Banking and Finance) (Honours) from Monash University. 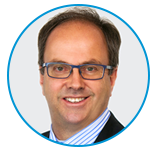 HUGH GLEESON
Hugh has more than 30 years’ experience in the utility sector at senior executive and governance levels.

Hugh was the CEO of United Energy and Multinet Gas for 12 years until his retirement from the role in 2015. He has since been appointed to directorships at Melbourne Water and Energy Queensland, and is also a member of REST Super’s Direct Asset Review Panel.

Hugh was a Director at Barwon Water from 2010 to 2015. He is a founding member on the Board of the Energy Network Association, previously holding the positions of Deputy Chair and Chair.

Hugh holds a Bachelor of Engineering (Civil), and is a Fellow of the Australian Institute of Company Directors, and Engineers Australia 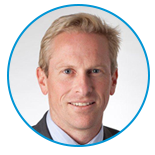 Ashley holds a Bachelor of Laws (Honours) / Bachelor of Commerce from the University of Melbourne. 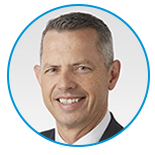 Prior to joining IFM Investors, Michael held senior executive positions at the Victorian Department of Treasury and Finance and global consulting engineers, Arup, in the UK and in Australia.

Michael is a Member of the Australian Institute of Company Directors. He holds a Bachelor of Science, (Honours) from Queen’s University Belfast and a Master of Science in Urban and Regional Planning from the University of Strathclyde, in addition to a Graduate Diploma of Applied Finance and Investment (FINSIA) and a Graduate Certificate of Management from Melbourne Business School. 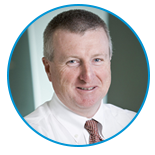 MICHAEL BYRNE
Michael has over 30 years of executive experience in Australia and internationally in the logistics, supply chain, retail and property sectors. He has previously been CEO of Westgate Holdings, Linfox Logistics and Coates Hire, with responsibility for managing up to 25,000 people in twelve countries in the Asia Pacific.

Michael is currently a Director, Managing Director & Chief Operating Officer of Toll Holdings Limited and a Director of the Toll Group.

He is a member of the Australian Institute of Company Directors and holds a Masters of Science in Infrastructure and Transportation from the University of Denver, USA.

BELINDA GIBSON
Belinda is a company director and lawyer and is presently on the Boards of Brisbane Airport Corporation, Citigroup Australia and Thorn Group Ltd and is a trustee of The Australian Museum.

Belinda was a corporate law partner at Mallesons Stephen Jaques for 20 years, and then a Commissioner and Deputy Chairman of ASIC between 2007 and 2013. 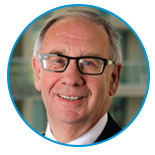 ROBERT WRIGHT
Robert Wright has over 35 years’ financial management experience across a range of industries including retail, food processing and fast moving consumer goods. During his executive career, he was the Chief Financial Officer of several listed companies including ten years as Finance Director of David Jones Limited.

Robert has over 25 years’ experience as both an Executive Director and Non-Executive Director on a number of private and listed companies. Recent former Directorships include the APA Group from 2000 to 2015, SAI Global Limited from 2003 to 2013 (Chairman from 2008 ), Chairman of the Ethane Pipeline Income Fund from 2008 to 2016 and Chairman of the Super Retail Group Limited from 2004 to 2017.

Robert holds a Bachelor of Commerce from the University of Canterbury (NZ), is a Fellow of Certified Practising Accountants Australia and a Member of the Australian Institute of Company Directors.

WENDY THORPE
Wendy has over 30 years of experience across a range of sectors including financial services (investment management, banking, wealth management, life and general insurance), education, digital business, health and Not for Profit. She previously held senior executive roles in technology and operations with AXA, ANZ and most recently with AMP as Group Executive, Operations until 2016. She was a member of Council at Swinburne University for 9 years, and a Director of AMP Bank for 2 years.

A successful strategic change agent, Wendy has a particular interest in, and experience with, business models that optimise the technology/human experience. She has deep expertise in leading transformational change to deliver improved customer and financial outcomes through leveraging technology, digital platforms, operational excellence and scale leadership. She holds a Bachelor of Business (Accounting) from Swinburne University, a Bachelor of Arts (French) from LaTrobe University and a Graduate Diploma in Applied Finance and Investment from FINSIA. Wendy completed the Advanced Management Program at Harvard Business School and is a graduate member of the Australian Institute of Company Directors, a fellow of the Financial Services Institute of Australia and a member of Chief Executive Women (Australia).

STEVEN MACDONALD
Steven has over 20 years’ experience as a business leader and Board Director having led businesses in construction, infrastructure services and infrastructure ownership during an extensive career with the Transfield Group of companies and more recently in the role of Managing Director of the Zinfra Group.

Steven currently has an ongoing role on the Investment Committee of Palisade Investment Partners.

He is a graduate of the Australian Institute of Company Directors and holds an honours Degree in Civil Engineering from Melbourne University.