< Back Home > In your community > Streetlights >
LED Streetlight Rollout

Ausgrid is introducing energy efficient streetlights as a standard for all our streetlights. We have offered the 33 councils within our network the option to accelerate the replacement of 100,000 older residential streetlights with LEDs.

The new LED lamps are more energy efficient, easier to maintain and will last up to 20 years. Residents have also told us they prefer the lighting quality and colour of the LEDs.

As at the end of November 2018, 17 councils have signed up to the program. Ausgrid is continuing talks with the remaining councils about extending the accelerated rollout of LEDs.

Work to install the new LEDs began in November 2018 and is expected to be completed by June 2020.

You can see details below of which councils have signed up so far. 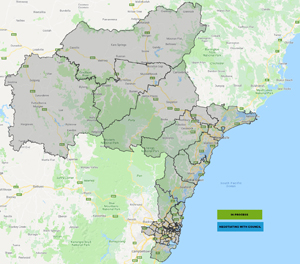